Just appreciate the era of the GOATs 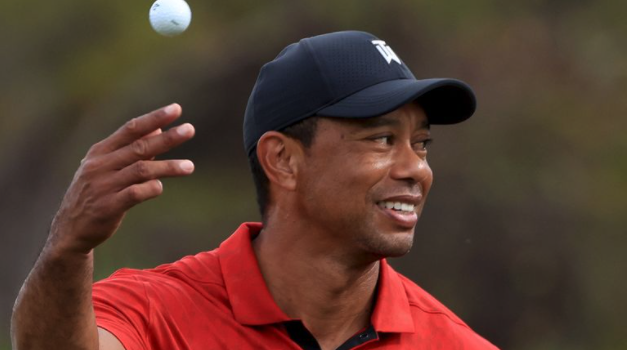 By Gary Lemke
You have to have a heart of stone to not acknowledge Lewis Hamilton as one of the great Formula One racing drivers of all time. We can leave those infuriating ‘GOAT’ discussions for another day as it’s a flawed argument when comparing excellence from different eras, but for now let’s reflect on Hamilton’s greatness.

The 101st win of his F1 career – which nudged him 10 ahead of second-placed Michael Schumacher – came at the Brazil F1 Grand Prix and is possibly the best of all. When Toto Wolff spoke to him on the cockpit radio on his victory lap, the Mercedes boss said, ‘Well done Lewis, that’s despite a 20-position penalty.’ Hamilton responded, ‘25 position’, to which Wolff replied, ‘25 position, yes.’

Hamilton had arrived at Interlagos facing a five-place grid penalty for taking a new engine. He was fastest in qualifying before the sprint, but officials declared his rear wing illegal and made him start 20th in sprint qualifying. He worked his way to fifth, which means he’d start 10th in the actual race, which he won.

So, five places for a new engine and 20 places for a technical infringement equals the 25-place penalty. His race drive was as masterful and afterwards he declared it one of his finest, rightly so.

In an era where social media keyboard warriors tweet before they think, it’s worth stepping away and appreciating what a time it is to be alive for a sports fan.

I do fear we have long passed the peak of perhaps the most golden of sporting eras, though, and I’m determined to hold on to what’s left of it. Those who don’t appreciate the greatness we’ve experienced, or the fact it’s nearly over, are going to wake up with their coffee cold.

Let us just soak up some of that greatness.

Tiger Woods didn’t quite reach Jack Nicklaus’ all-time record of 18 Majors. But, he got to 15 despite his private life going off the rails and a career blighted by injury. For me, he’s the best golfer ever, but I’m not about to argue with those who campaign for Nicklaus. Let’s just park the fact that Tiger was a golfing great.

Usain Bolt? Still the fastest man the world has ever seen and a giant on and off the track. He retired in 2017 after dominating for nearly a decade.

Tennis? Ah, yes. We had the Roger Federer, Rafa Nadal dominance, until Novak Djokovic joined the party. Those whose lives are influenced by stats alone might argue in a few years that Djokovic was the greatest. For me, Federer was, but I’m happy to accept that we have never seen a rivalry like Federer, Nadal and Djokovic. Oh yes, throw Serena Williams into the tennis mix. Statistically, though, Margaret Court won more Grand Slam singles titles. Yet, another example of where stats lie.

Where next? Oh, Simone Biles, the most brilliant of brilliant gymnasts, ever. Surely?

Football? Lionel Messi or Cristiano Ronaldo? Doesn’t matter. Simply accept that they are two of the finest the beautiful game has ever produced.

Boxing? Floyd Mayweather will always be in the discussion about the best fighters to have ever laced on gloves, whatever your personal view might be of him.

And this is where we are getting to.

In the past 10 years the world of sport has seen some of the all-time greats all squashed together in the same era. There is no argument necessary – because you will lose it – to suggest that any other generation of sports fan has been so privileged to be living in one single era of such sporting royalty.

That’s 15 names who have made this the most golden of generations. But, we’re getting to the end now. Bolt, Phelps and Tendulkar have long gone. Rossi recently rode his last race. Brady, Serena, LeBron, Federer, Nadal and Woods are on their final lap. The sun is dropping towards the horizon. Appreciate the ride we’ve had and enjoy what’s left of it. No other generation has ever, or will ever, be this blessed.

← Prev: Trip Of Fortune can break drought Next: Complete fixture guide to Afcon 2022 → 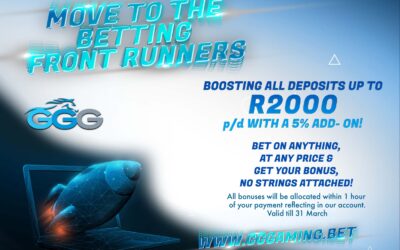 MOVE TO THE BETTING FRONT RUNNERS

GGGaming is offering our customers something extra special until the 31st of March, as we boost ALL deposits up to... 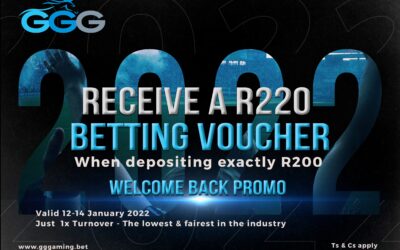 As we welcome you into the new year, GGGaming is gifting their customers with a R220 BETTING VOUCHER when they deposit... 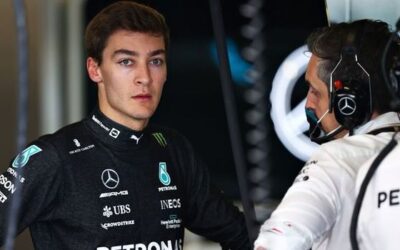 As one driver climbs out of the Mercedes hot seat, another prepares to climb in to it. Out goes the 32-year-old...